Why Use a WordPress Caching Plugin and Which is Best?

As your WordPress website grows, with the publication of new content and the installation of additional plugins, it will, unfortunately, start to slow down.  Even a fresh installation of WordPress can suffer from poor performance during spikes of high traffic or if you’re using a low-quality web host.

When it comes to page speed and loading times, an improvement of just a single second can have huge implications for your bottom line. For example, back in 2012, Amazon estimated that if their website loaded just one second slower it would cost them $1.6 billion in sales; and this number has surely only increased since then.

You’re probably not operating quite on Amazon’s scale, but slow loading times are still costly. According to Kissmetrics, 40% of your visitors will lose patience and leave your site if your pages take more than three seconds to load. A single second of delay can reduce your conversions by 7%.

Even if you’re not selling anything from your site, you probably have some goal in mind. Whether that goal is more email subscribers, more social shares, or just more page views and discussion, slow loading times will hurt your goal conversion rates.

Furthermore, Google uses page speed as a factor when determining where to rank your content in its search engine results pages. So, if you want greater search engine visibility and more traffic from sites like Google, you need to speed up your website.

No matter the purpose of your website – whether it’s to promote products and services or simply build an audience – higher bounce rates, reduced conversion rates, and decreased search engine rankings hurt.  So what can be done?

How to Improve the Speed of WordPress

Well, the good news is, while there are many ways to improve the speed of WordPress, one of the easiest options is to use a caching plugin. As we’ll soon see in our comparison of the best caching plugins for WordPress, in some cases simply installing and activating a caching plugin can shave seconds off your loading times. But how do they work?

What Does a Caching Plugin Do?

In short, caching plugins help WordPress work more efficiently. By default, each time a page on your WordPress website is accessed by a visitor, the content is generated dynamically with lots going on in the background, including multiple database queries and code executions.

A caching plugin will create a static version of your content, removing many of the steps that take place when a page is generated dynamically. The result of this is faster loading times and happier visitors.

There are countless free and commercial WordPress caching plugins available.  Here the list:

W3 Total Cache is one of the most popular caching plugins for WordPress, with over a million active installs and 4.3 out of 5 stars in the WordPress Plugin Directory. It’s updated every few months and used by many major publications, such as Smashing Magazine, Mashable, MakeUseOf, Web Designer Depot, and many others.

Another highly popular free WordPress caching plugin, WP Super Cache earned its place in our guide to the best WordPress caching plugins as it has over a million active installs and a user rating of 4.2 out of 5 stars. It’s especially effective at keeping your server from slowing to a crawl or even overloading during the large traffic spikes that can occur if your blog hits the homepage on Reddit or is featured on other popular sites.

WP Fastest Cache is similar to many other caching plugins, but with fewer customization options it’s easier for the average user to get to grips with. It’s updated often and is rated 4.8 out of 5 stars on the WordPress Plugin Directory. There are over 100,000 active installs of WP Fastest Cache.

In our speed tests, WP Fastest Cache didn’t prove to be the fastest, decreasing load times by just a half second in either case. This led to a speed improvement of 15.3% in GTmetrix and 15.74% in Pingdom placing it near the bottom in our test of the best WordPress caching plugins.

Hyper Cache is a PHP caching plugin that works on any WordPress blog and does not require complex configuration. It has separate caches for desktop and mobile users, and an extra feature that allows it to cache efficiently even on sites with very active user commenting and discussion participation – something which is known to trip up other caching plugins. It scores 4.5 out of 5 stars and there are over 50,000 active installs according to the WordPres Plugin Directory stats.

In GTmetrix testing, Hyper Cache reduced the page load time by an average of 0.45 seconds, improving the speed by 13.75%. It fared a little better in the Pingdom tests, decreasing the load time by 0.71 seconds and improving the speed by 20.37%. However, this wasn’t enough to earn Hyper Cache a place in the top half of our results table comparing the best WordPress caching plugins.

Comet Cache is the successor plugin to ZenCache, an older caching plugin by the same developers that enjoyed a reasonably large following. This plugin is fully “plug and play” – just install and activate, and you’re set. Comet Cache currently has a full 5 out of 5 stars rating (ZenCache had ranked 4.6 out of 5) which is unsurprising considering this is the second fastest caching plugin in our test and the fastest free option in this collection of the best WordPress caching plugins.

If you would like to customize your WordPres caching configuration further, there are more advanced features available, as well as pro features you can enable by purchasing the premium version of the plugin for $39.

In GTmetrix, an average page load time decrease of 0.92 seconds was recorded, improving the page speed by an impressive 32.13%. In Pingdom, the results were even more dramatic, knocking 1.26 seconds off the load time, improving the speed by 35.07%.

Cachify features several different types of caching and works with WordPress multisite installations. It’s rated 4.7 out of 5 stars and has over 20,000 active installs.

WP-Cache.com is a very simple WordPress caching plugin that currently scores 5 out of 5 stars and is installed on over 5,000 sites.

One of the simplest free caching plugins available, Simple Cache has two settings: on and off. It is rated 4.7 out of 5 stars and is currently installed on over 1,000 sites.

Simple Cache took an average of 0.75 seconds off our test site’s load time in GTmetrix, with an average speed increase of 26.93%. In our Pingdom tests, it shaved off almost an entire second, leading to a 26.62% increase in speed. Both are respectable results that make Simple Cache and its minimal settings a good choice for anyone looking for a fool proof WordPress caching plugin 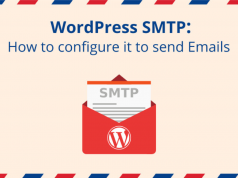 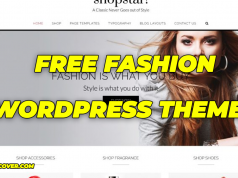 Best One Page WordPress Themes in 2018

Creating an online presence for your brick-and-mortar business is crucial if you want to survive in this digital day and age. But problems arise...